Monday Buzz: The Next Era of Digital Collaboration

Digital workplace collaboration tools are here to stay, one top strategist says. Plus: why you should perform a media consumption audit.

Collaboration has become a vital part of a knowledge worker’s day-to-day job, and new collaborative models in the workplace have been “found to create high levels of differentiation and leverage to business operations,” says Hinchcliffe, who you may remember from the 2012 ASAE Technology Conference & Expo, where he delivered the closing keynote.

But recent innovations in collaboration have focused on simpler tools and techniques, he says.

“Over the last few years, in sharp contrast to the consumer world, email has continued to be the top ‘social’ tool of choice in the workplace,” Hinchcliffe writes. “This is largely because workers already know how to use it, it’s simple, and it still lets workers collaborate with anyone that has an email address—unlike many corporate social tools, even today.”

“Those usually in charge of digital collaboration may be in a strong skill position to deliver these capabilities to the workforce, for example, but aren’t in a position of responsibility or experience to shift the organization to the next plane of collaboration, such as collaborative economy or global solutions networks,” Hinchcliffe writes.

Image of the Day 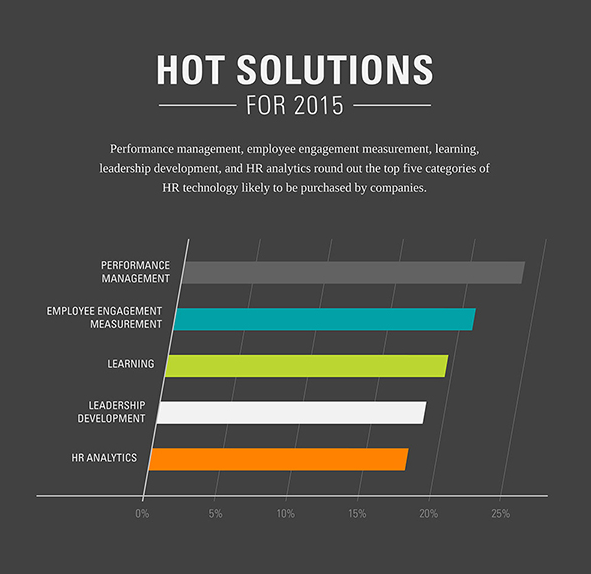 Human resource pros, do we have an infographic for you! CMS Wire contributor Lori Alcala presents this new release from the Starr Conspiracy Intelligence Unit, in collaboration with Human Resource Executive. The full infographic gives loads of detail on current HR tech trends.

It might be time to audit your media habits. Writer and media strategist Lydia Laurenson did, and the results have already paid off. Find out how she did it in a post on Gigaom.

Passion is not automatic, and your association could be stuck with one of the five “passion busters,” Steve Drake writes in his latest post on SCD Daily.