An expert familiar to Associations Now readers continues the conversation about the challenges of digital communication. Plus: a new way to express yourself on Facebook.

We’ve covered psychologist and writer Sherry Turkle before, particularly after her conversation-starting keynote during ASAE’s Annual Meeting & Exposition in August. In a recent interview with Longreads writer Jessica Gross, Turkle adds to her argument that too much attention paid to smartphones steers us away from more meaningful relationships.

She notes out that we often forget that our smartphones and machines don’t have feelings. We share our feelings, but the devices are unable to reciprocate or empathize. They’re simply not listening.

Turkle’s remarks about moderation and tech echo her annual meeting address. As Associations Now editor-in-chief Julie Shoop noted about that speech, Turkle has concluded “that while digital technology has enabled a multitude of new ways to communicate and ushered in vast online communities where people connect, it has made it more difficult for people to engage in deeper conversations and form more meaningful relationships with others.”

And while there’s a counterargument to Turkle’s line of thinking, her full interview with Gross is well worth a read.

Reaction of the Day 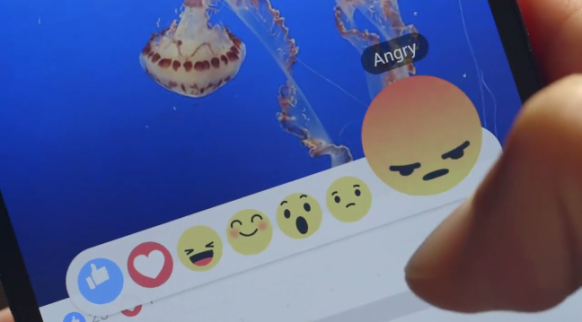 There’s a new way to communicate on Facebook. After grabbing headlines with CEO Mark Zuckerberg’s somewhat muddled statement that led many to think the social network was deploying a Dislike button, Facebook announced today that it will be testing an extension of the Like button called Reactions.

You may love your friends and family, but doing business with them can be a challenge. Inc. writer Will Yakowicz shares five tips on how to work with loved ones.

Are you burdened by ideas that you never bring to fruition? Patrick Allan looks at some strategies on idea management in this post on Lifehacker, including mapping out your ideas monthly or using an idea bank.

Stores take note: The National Retail Federation predicts that holiday spending growth will be 3.7 percent, less than last year. That’s more than the 10-year average of 2.5 percent, but “the fact remains consumers still have the weight of the economy on their minds,” said CEO Matthew Shay, CAE.