The ways in which organizations engage and communicate with their supporters matters, says Abila’s Donor Loyalty Study.

People are more likely to donate to organizations if they feel engaged, and Abila’s Donor Loyalty Study: A Deep Dive into Donor Behaviors and Attitudes points to some ways that associations might better engage their donors. 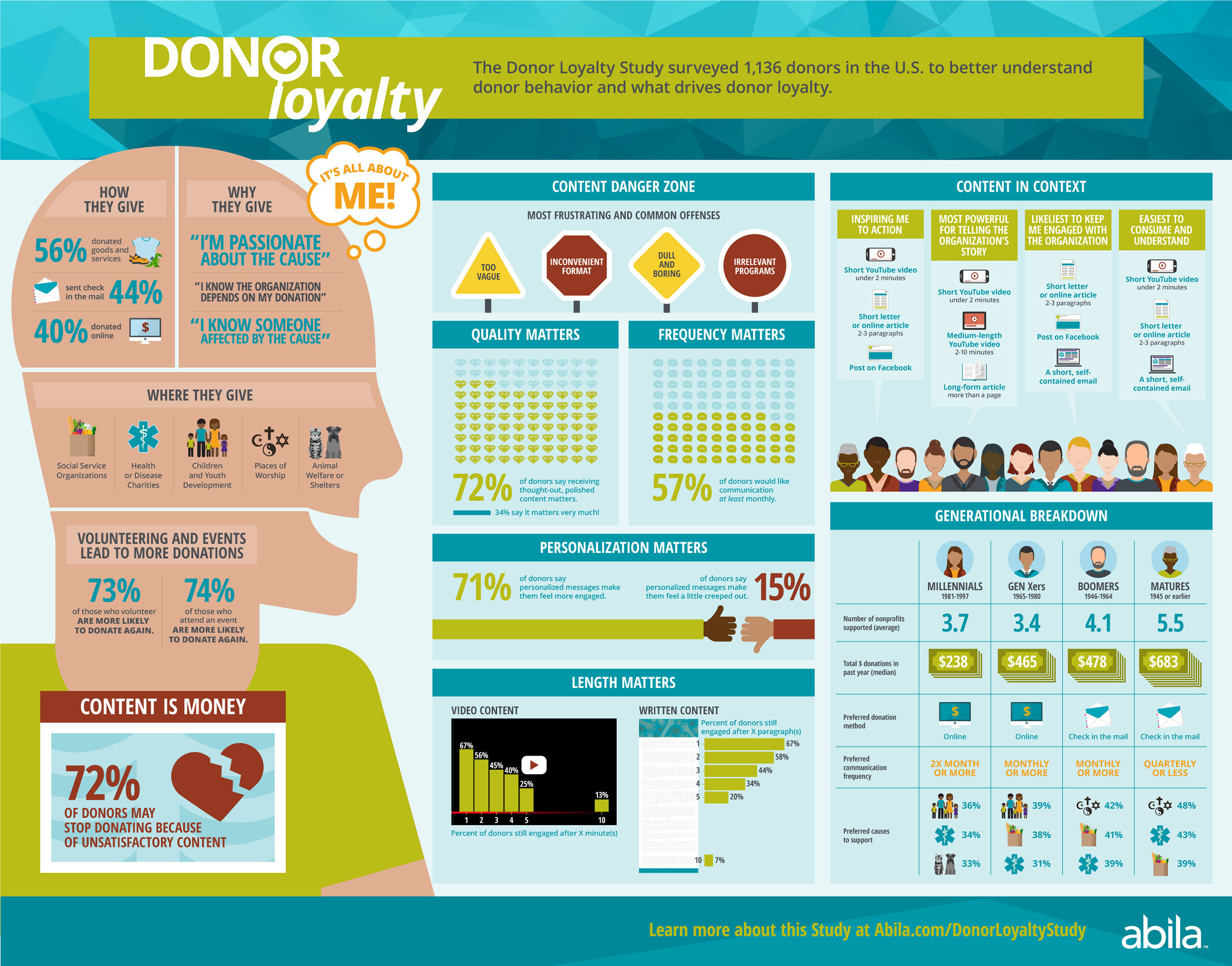 Where does engagement start? The study calls volunteering and attending events “gateway drugs” because they lead people to donate. Nearly 75 percent of respondents who volunteered or attended an event said say they were more likely to donate afterward. “Getting them to come to events creates that human connection,” said Rich Dietz, coauthor of the study and director of fundraising strategy for Abila, a software and services provider. “That one-on-one attention builds loyalty.”

Because volunteering makes people more likely to donate, associations should consider how they can offer more and different opportunities to volunteer—and they need not be long-term commitments. “Micro tasks” might include mentoring young professionals, assisting with fundraising, sharing content on social media, and working on a membership drive, Dietz said. Associations can also think about how to get people engaged through committees and how to create leadership opportunities, he added.

Associations might find ways for supporters to get to know staff, Dietz said. For example, staff might use social media or produce videos that create conversations between them and supporters.

Organizations should choose their communications carefully, the study suggests. Quality matters, and if the content that supporters receive is vague, dull, or irrelevant, the organization risks losing them. Nearly 75 percent of respondents said they might stop donating because of poor content.

“No one is reading that big, long monthly newsletter,” Dietz said. Instead, break it up into four or five “snack-size” emails that people can get through more easily, he suggested.

Donors also want content that is personalized to them, the study found. This might mean sending people content based on programs they’ve already indicated an interest in, and it might include segmenting donors. Communications might also be tailored based on donations. “If you show donors the impact” of their support, they will be more likely to donate again, Dietz said.

Abila also created a video summary of the results: