How one industry group leveraged softball to boost membership camaraderie—and it worked so well that the league spun off into a nonprofit of its own. Also: Which company makes the most reliable hard drives?

Want a sign that the Massachusetts biotechnology industry is booming? Look no further than its softball league.

As the industry has evolved, notes The Boston Globe, so has the league.

“When the economy tanked and the recession took hold, many teams dropped out of the league,” writes Globe reporter Priyanka Dayal McCluskey. “Others left amid internal challenges, like layoffs and disappointing drug sales. Some later returned as their situations improved.”

The industry as a whole is strong these days, though the league is below its peak of 80-plus teams.

“It’s a fair barometer for what’s happening in the industry,” notes Amgen’s Alex Long, one of the league’s commissioners.

What’s fascinating about the league is that it started as a membership initiative but became something bigger in the long run. Can you see ways to leverage recreational opportunities like this one for your own organization?

Graphic of the Day 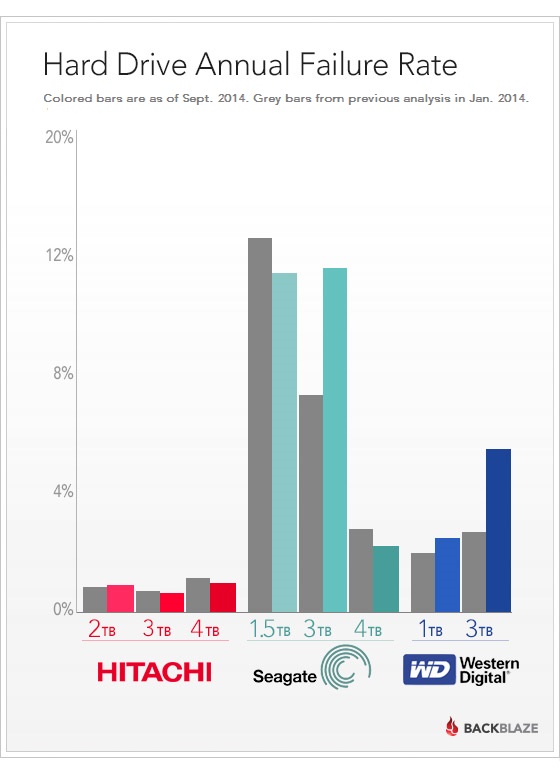 Last year, I wrote a blog post highlighting a fascinating case study from BackBlaze, a cloud storage company that—due to the very nature of its work—has to replace a lot of hard drives. But rather than using enterprise-grade hard drives, as one might expect from a cloud-storage company, it’s continuing to use consumer-grade drives.

In a recent update to a January brand comparison, the company has found that Hitachi hard drives have the lowest failure rate among the three brands it uses. Seagate drives do the worst—and their quality appears to be worsening as time goes on. But nonetheless, thanks to their warranties, the consumer-grade drives offer a better cost-benefit ratio.

“Most of the drives we get have a three-year warranty, making failures a nonissue from a cost perspective for that period,” notes BackBlaze’s Brian Beach “However, even if there were no warranty, a 15 percent annual failure rate on the consumer ‘desktop’ drive and a 0 percent failure rate on the ‘enterprise’ drive, the breakeven would be 10 years, which is longer than we expect to even run the drives for.”

If your association’s IT department needs a fresh case study for your server rack, look no further.

Nearly half of all iDevice owners are now on iOS 8. Not bad, huh?

Speaking of iDevices, if you’re finding the steep space requirements a little too high for yours, check out this deal on free cloud storage from Microsoft.

Is Now the Right Time to Raise Dues?