In both the United States and Europe, college alumni associations are using their social channels to help boost engagement with—and donations from—former students. For some schools, the added effort is paying off, big time.

If you’re a UC Berkeley alum, there’s a good chance that you’re already familiar with the school’s plans for November 20.

With its football team taking on rival Stanford that week, Berkeley—including its Cal Alumni Association—is plotting “The Big Give,” a donation drive that hopes to fund campus programs. It’ll be the school’s first one-day, online-only campaign. Berkeley even got a few famous alums together to promote the event in a viral video:

Such campaigns are becoming more common in both the United States and Europe, as alumni associations and their parent schools try to attract new audiences. For example, The New York Times reports how universities such as the Stockholm School of Economics in Riga, Latvia (SSE Riga), have built social campaigns to boost private fundraising, as public funds have become less reliable.

SSE Riga’s alumni association took a close look at what American colleges were doing and, with the help of a marketing agency, considered what its members would respond to. That turned out to be Hardy Rock (the school mascot) and old photos from the university’s archives.

“People dressed funny in those years, people who are now at the peak of their careers, and are, in these pictures, just having fun,” Raimonds Kulbergs, who once led the alumni association, told the Times. “I think it was a really strong trigger.” 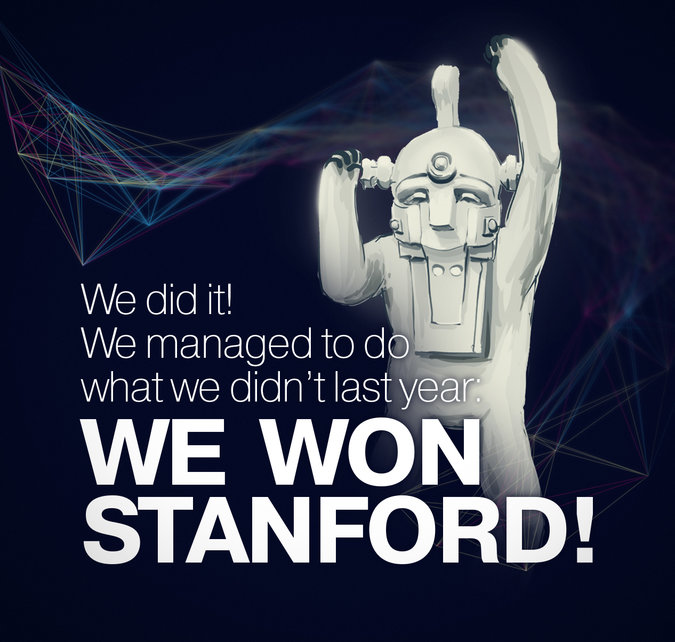 Eventually, SSE Riga held a campaign with a bold goal: to beat Stanford University’s alumni giving rate of 33 percent. By getting 35 percent of alums to participate, SSE Riga’s association managed to top the U.S. stalwart, a victory it trumpeted on its social channels (obviously).

Other examples of alumni associations winning at social media:

On Wednesday, Columbia University’s alumni association raised more than $11 million for 19 of the university’s schools and programs through its annual giving day. The high donation numbers—more than $3 million above 2013’s record total—were credited to the association’s strong social media drive. The association has more than 78,000 Facebook fans and nearly 5,000 Twitter followers.

Thanks to collaboration between Missouri State University’s alumni association and various departments, the school was able to crowdfund more than $12,000 to pay for a bronze statue outside the school’s football stadium.

The Massachusetts Institute of Technology has had much success building up a presence on social media—particularly via the university’s private LinkedIn group, which boasts more than 26,000 members.

How’s your alma mater reaching out to you on social media these days? Tell us in the comments.