MAKE IT REAL
Diversity, Equity, and Inclusion in Action
Evolution
In this article:

Ensuring that all members have equal opportunities within the profession can be an association’s biggest challenge. The solution: Start before they even become members.

Creating an environment that promotes equity at an association means not just creating equal opportunities for people who are already in your loop. It means addressing the circumstances that prevent it.

The Emergency Nurses Association, for instance, had been seeing groups of members left behind when it came to advancing in the profession. “In general, we have a small pool of our membership who are prepared at the doctoral level, who can do higher-level research,” said Altair Delao, senior associate, emergency nursing research at ENA. “The number of people who come from underrepresented groups is even smaller.”

The program is one product of a recent effort at the association to ramp up its DEI efforts. But one challenge around equity in membership is that an association is often trying to connect with people who, because of those inequities, do not know the association and its discipline exist. That means marketing and outreach of the program has been just as important to the program as the program itself.

According to Aaron Coats, marketing specialist at ENA, the ENDVR Fellowship was promoted to nursing groups outside of ENA, websites focused on minority nurses, and through direct contact with nursing leaders who could promote the program.

“We have a comprehensive document outlining different targets—reaching out to elementary schools and high schools, going to career fairs and community colleges, and determining what kinds of materials need to be developed,” Legault said.

One challenge around equity in membership is that an association is often trying to connect with people who, because of those inequities, do not know the association and its discipline exist. That’s an approach that the Casualty Actuarial Society has also been pursuing more intensely in recent years. The path to becoming an actuary involves a long pathway of not just college education but a series of certification exams. Mallika Bender, diversity, equity, and inclusion staff actuary at CAS, said that while the process to becoming an actuary is equitable, access to the process isn’t. When it and other actuarial organizations co-commissioned a study to uncover barriers to the profession for underrepresented groups, CAS learned that the most substantial one was simple awareness of the profession.

“We feel pretty confident that when you’re taking those exams, everyone is treated equally and your success is merit-based,” Bender said. “But when we zoom out to a wider view, we start to see inequalities in the steps leading up to that.”

To that end, in 2018 CAS partnered with sister organizations to create Be an Actuary Day, a program targeting high school students as they’re starting to make career decisions, informing them of the benefits of the profession and the requirements for certification. It’s also reaching out to colleges with diverse student bodies that don’t have actuarial science programs to promote the profession, and partnered with Black, Latinx, women, Asian, and LGBTQ actuarial groups to help spread the word about the effort.

There’s still plenty of work to be done: According to Bender, representation proportions haven’t changed much in the profession in recent years. But she’s seeing evidence that the community is beginning to diversify. “We’ve seen some improvement in our early pipeline candidates, but we’re continuing to increase out outreach year over year,” she said. “We’re watching how that progresses across the exam track and into membership. We hope that it translates.”

To determine progress in improving access to the profession, the Casualty Actuarial Society tracks the proportion of groups that are current members alongside those who are sitting for one of its earliest certification exams, the MAS-I. 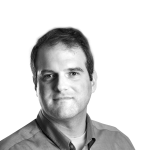 View  MAKE IT REAL
The Many Dimensions of DEI
Diversity, equity, and inclusion encompasses many layers that are sometimes overlooked. A clear understanding of those nuances and distinctions is key to implementing a DEI plan that’s greater than the sum of its parts and ensures everyone feels they belong.
Sustained DEI Efforts Take All Hands on Deck
They say that advancing diversity, equity, and inclusion is a journey. Once you get started, you need to keep going. Two association leaders with long-term DEI programs share what it takes to stay the course.
Accessibility Is an Opportunity, Not an Obstacle
Disability access is a civil right and a human right but talking about it can sometimes be uncomfortable, which stalls progress. Taking small steps to achieve accessibility makes the process less overwhelming and ultimately more achievable.