Struggling to convey a complex message? It may be worth considering a more artistic approach. Plus: A low-tech way to experience virtual reality.

Sometimes, despite your best intentions, your efforts to convey your association’s message fall short. Is there another way to inform audiences about complex issues like your association’s stance on a piece of legislation or preparations for an upcoming event?

Video has become a wildly popular tool in recent years, and we’ve previously covered some ways that associations can make the most of its potential.

And today, we’re reminded of another way to spread your message, thanks to this post on SocialTimes presenting an infographic from internet hosting firm WhoIsHostingThis. Of course, cartoons don’t fit every occasion, but when done correctly, they can make any story significantly more digestible than a lengthy blog post on your association’s site.

Tech of the Day 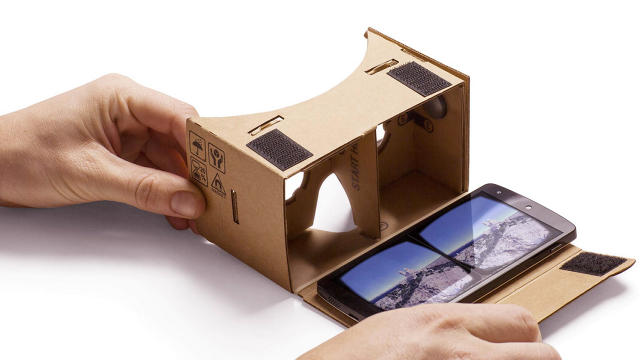 With virtual reality’s success stuck between niche adoration and mainstream popularity, could a something as simple as a cardboard shell for a phone be what brings VR to the general public? Fast Company writer Jared Newman explores the potential of Google Cardboard here.

The buzz from the Ice Bucket Challenge has cooled off, but the ALS Association is still enjoying campaign success. Chronicle of Philanthropy reporter Megan O’Neil looks into how the organization broke new ground with its end-of-the-year fundraising.

“Small habits get you in the backdoor of behavior change,” Forbes contributor David DiSalvo writes in a post explaining why you may want to consider ditching your bold New Year’s resolution and making a slight shift instead.

SocialFish has declared 2015 to be “The Year of Brand Publishing”—find out why.